Student athletes need to understand that it’s about hard work and that hard work is the key to athletic success.

There are a lot of blue chip superstar high school student athletes who get all the attention locally when it comes to their athletic talent and recruiting.

Those players end up playing major college sports.  There are many other student athletes who have not fully arrived athletically and more or less, they are still a work in progress.

To reach any level of college athletics is going to take a serious work ethic in sports; improving every day athletically and only those players who demonstrate consistent athletic improvement will succeed.

From high school to college, from college to the professional ranks is all about talent and those athletes who consistently work hard to achieve success on each of these levels.

There are at a lot of athletes who play professional football, baseball, and basketball who were not big name star athletes coming out of high school or in college but somehow worked extremely hard athletically to reach the professional level.

There are a lot of college “All-American” players who never amount to anything at the professional level.  There are even more unrecognizable names coming out of college who end up being huge successes in the pros.

The reason is passion and to improve athletically every single day.  Another reason is those athletes have been consistently overlooked and are out to prove to everyone that they belong.  Then, there are those athletes who have a huge chip on their shoulders and are dedicated to becoming more than the best that they can absolutely be athletically.

Sports plays no favorites; either you can play and compete and succeed or you can’t.  The athletic battlefields of play are littered with the bodies of unsuccessful players who were star athletes coming out of high school or college but could not measure up. 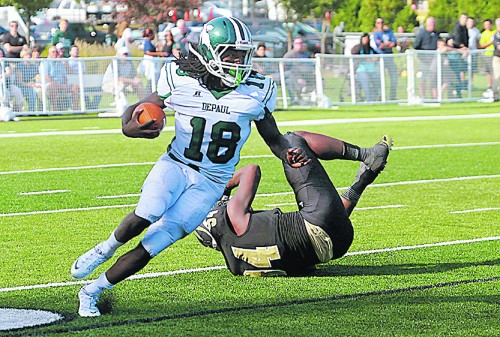 There are many talented student athletes out there all across the country and some of these players get by just on their athletic talent but don’t really do anything to develop their overall game.

There are other student athletes who are consistently in the gym looking for ways to get better.

I have known many extremely talented athletes who could do no wrong athletically, but for some reason refuse to put extra time in to improve their athletic talents.

There is a reason that unknown athletes coming out of college succeed at the professional level, you can trace their success back to their training and their work ethic to succeed.

Those are questions student athletes need to ask of themselves every day.

It is not an accident when you see certain players achieve success in college or even reach the pros.  Yes, talent does count for a lot but everyone at the college level and at the professional level is extremely talented or they wouldn’t be there in the first place.

But it is that burning desire, that special quality that a certain type of athlete possesses that pushes them towards success every single day and it can only be traced back to their work ethic and their willingness to succeed athletically.

Then it’s up to that athlete on exactly how far they want to take their talents. Athletes from all sports who are consistently working to improve their athletic talents generally have successful athletic careers.  Those athletes who just try to get by on talent without developing a work ethic generally do not last very long.

When I was in college, one of my teammates had incredible talent; he won all the awards that could be won as a college basketball player.

This guy had incredible talent but did not do anything extra to get better.  Because of his outstanding basketball talents he was drafted to play professional basketball in the NBA.  Everyone at the NBA level is very talented.

We all know that because that’s how they got there in the first place. What ended up happening was after one season of him playing professional basketball this guy was out of the NBA forever.  The reason was he did not have the ability to do what was necessary to improve is athletic abilities and talents.  He had no work ethic; he had no desire whatsoever to do all the extra things to improve his basketball abilities.

He had what it took to reach the NBA but he didn’t do the work necessary to stay there.

Lack Of Athletic Discipline Will End Your Athletic Career

Everyone who plays a sport in high school has a certain level of talent. It is up to those individual athletes to enhance or improve their athletic talent through a disciplined training program every day.  Those athletes who are winging it from one day to the next, in most cases, will not have successful athletic careers. 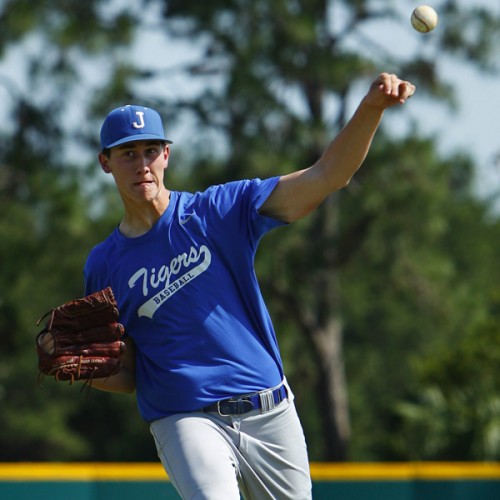 The undisciplined high school athlete cannot accept criticism even though it is to help them get better.  You have constructive criticism from a high school coach trying to improve the athletic abilities of a student athlete and then you have criticism that could be somewhat harmful or hurtful to a player.

The student athlete who cannot accept both kinds of criticism will generally give a lackluster athletic effort or look for a way out of that high school’s athletic program.

Undisciplined high school student athletes can ultimately be a total disaster to a high school program and the coaching staff.  Those student athletes who may have a certain level of superior talent but still are undisciplined can be the type of athlete looking to transfer because they can’t get their way causing friction and tension amongst teammates and is unhappy and unsatisfied with anything that’s going on with their team.  These types of players may have top level talent but if they are undisciplined athletically and cannot accept criticism in any format then they are not worth having on the team.

There are many talented athletes who do reach the college level and move on to the professional level as well but, at some point, they do wear out their welcome.  They’re sometimes late for practice, they don’t put too much effort into practice, they have a disruptive presence in the locker room or they don’t feel the need to put extra time into athletic performance. That is the undisciplined athlete.

There are organizations and even some coaches who are willing to bring in an undisciplined athlete because of their superior athletic talent.  What generally happens is those athletes will eventually bring down the team and are often let go from the team.

Athletics at the high school level, the college level and the professional level are filled with many undisciplined players and somewhere along those athletic levels, their careers generally comes to an end because they are undisciplined.

There is a correlation of successful athletes who become successful professional athletes or successful business professionals.  If you are someone who is dedicated to the athletic and academic success then chances are you will be a success at anything you want to do.

Like I said before, to reach the pros you do not have to be the star athlete coming out of high school or college but you do have to be that athlete who is willing to pay the price every single day to get better.