Something About The Parents

The parents know absolutely nothing about the recruiting process.

What very little they do know they got it from another parent who also knows nothing about it.

Confusion is running rampant with the back and forth conversations with parents and college scouts.

The execution of the recruiting process is in jeopardy.

The parents absolutely do not have a clue on how to start the process, how the process should proceed or what the end results should be.

Part of the role of the college scout is to have critical conversations about recruiting.

Educate parents about the process by not over complicating it with too many facts and figures.

You don’t want parents to be confused or get frustrated because they don’t understand what the hell you’re talking about.

They will feel like you are trying to ‘get over’ on them. 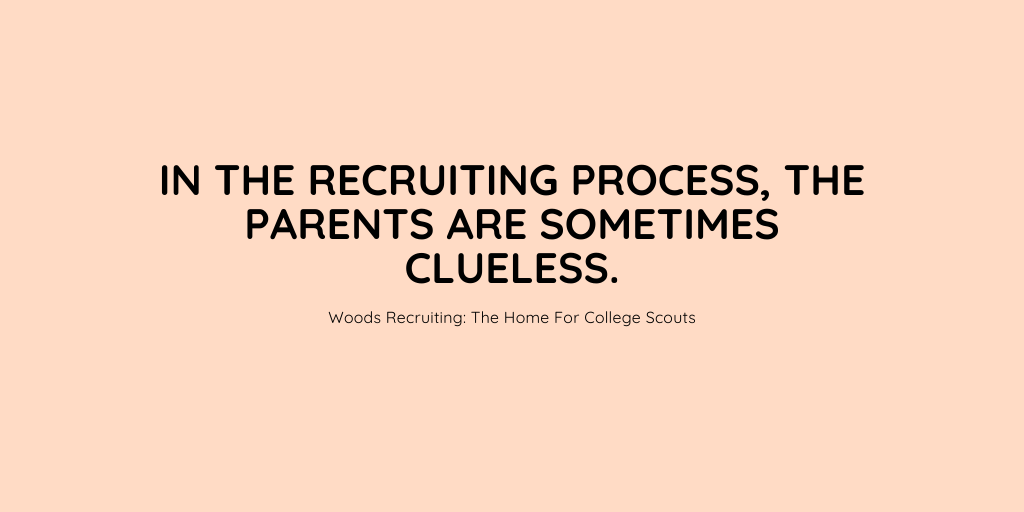 The busy nature in the lives of parents is met with constant stress, anxiety, and confusion all mixed in with anxieties and doubts about the recruiting process.

Most parents would rather not have that conversation about recruiting, instead they would rather put their heads in the sand leaving all responsibilities up to the high school coach.

This scenario is reckless because many high school coaches are also clueless about the recruiting process.

Most coaches would rather not be actively involved because they would put their coaching jobs in jeopardy. 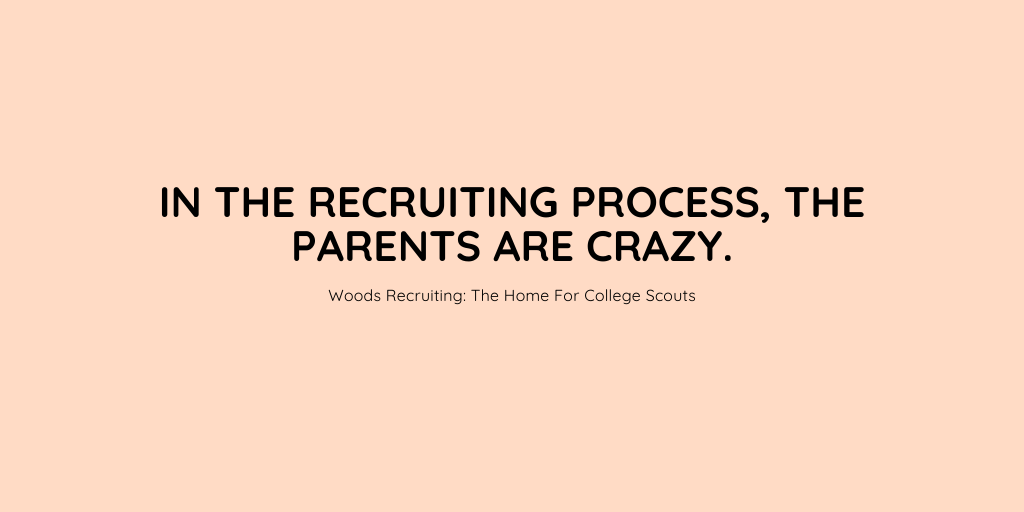 Have you ever tried to put together a 10-speed bicycle?

You take all the parts and the pieces out of the box, laying it on the garage floor and then out pops the instructions.

You look at the instructions and they are confusing.

Do you say the hell with it and try to put the bike together the best way you can using common sense? While, along the way, you’re screwing it up and wasting valuable time.

Eventually, you become frustrated to the point of giving up and leaving all the pieces there and just walk away.

From their points of view, this is how the recruiting process looks parents of student-athletes.

The parent realizes this is a 10-speed bicycle.

It has so many parts, screws and tools that their eyes glaze over in confusion, anger is mounting, and giving up is a strong option.

At some point they may call on a family member or neighbor who has knowledge on putting together the bike.

The parent has now shifted the responsibility on the family member or neighbor who has a better understanding on how to put the bike together.

From their sarcastic point of view, this is how recruiting looks to parents.

Their conversation is cloudy and muddled with confusion.

It can be an uphill battle at times, trying to eliminate the stress and  anxiety by not complicating the recruiting language and making it easier for them to understand it quickly in its simplest form.

If you cannot do that you will lose them.

I’d like to know what you think of this topic. Please leave me a comment in the comment section below. Your comments are the oxygen we need to grow!