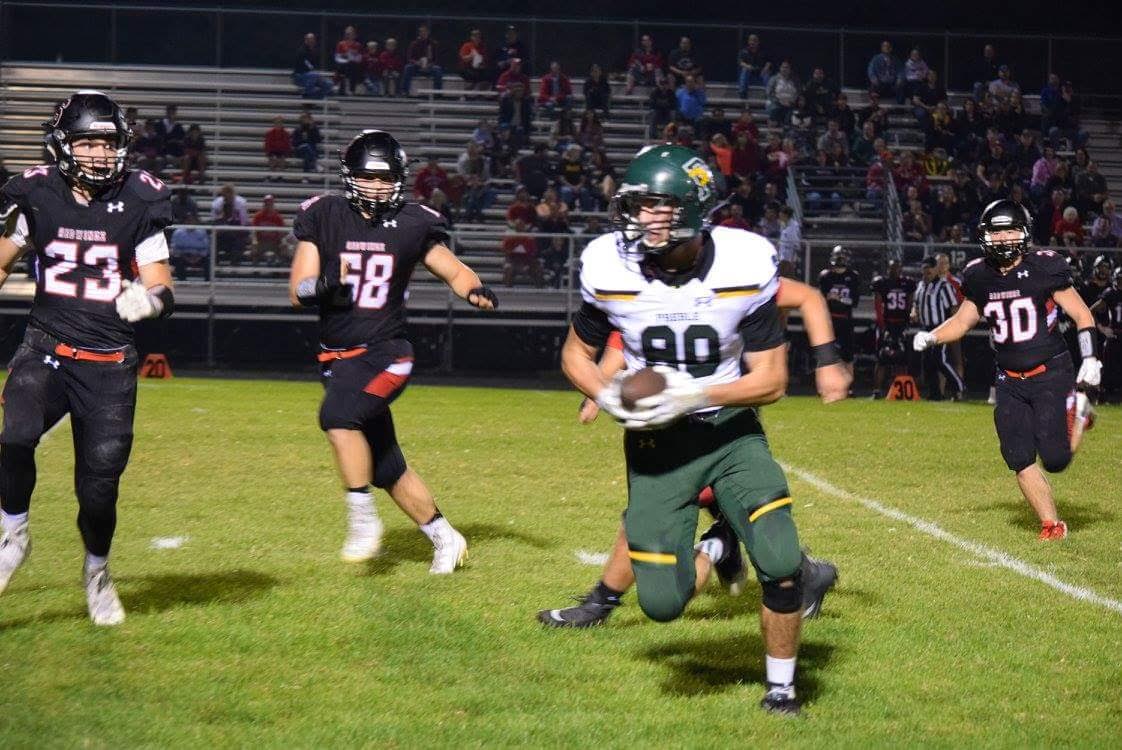 “Failing to prepare is preparing to fail”. To me, this quote applies to almost every aspect of a person’s life. In a football aspect it means that if an athlete fails to prepare throughout the week of practice they should also prepare to lose on Friday night.

I am a gritty and versatile player who is willing to put in the work necessary to make the team better. I love to watch film and make myself better in any aspect that I can whether it is in the weight room or the classroom. On the field I line up in the tight end position or even in the backfield as a full-back. I was voted “Hardest Worker” for 2015 and 2016 and “Ironman” all three years of high school. I will be a three year varsity starter.

I am a multi-sport athlete. As a sophomore I made it to sectionals for track in the high jump event. At the conference meet I took fourth. I also pole vault and hold the Preble High School record for freshmen boys at a height of 10ft. Also as a sophomore I achieved the height of 11ft and I know that with some hard work on my form I can get higher.

I want to play college football because I have loved the game since I started playing at the age of seven years old. When I was younger, I would beg my parents to let me play tackle football instead of flag.

My teammates would describe me as a serious, tough competitor who will do whatever is necessary to help the team improve. Although I may be tough and gritty on the field I am a very respectful young man off the field.

I plan to major in physical therapy, I like the satisfaction of helping out people and knowing that I have improved their way of living.

I am in National Honor Society and received the Civic Engagement Award. I have also received Student of the Month in April 2016.

Against Sheboygan North, I rushed for 78 yards on four carries and scored a touchdown.

Against Appleton North, I scored our only touchdown in our playoff game to cap the year off with two touchdowns.

I am very excited to begin playing at the next level. I know I will be a true asset to any team.