Sometimes, being a high school student athlete is not all fun and games; there is a certain segment of the population that hates high school ball players.

Student athletes walk around every day with this added pressure because of who they are and what they represent. 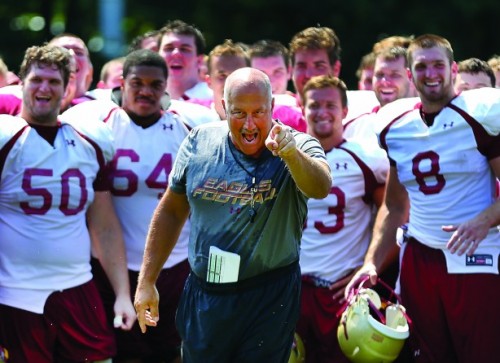 The haters are out there doing whatever they can to destroy any level of success a student athlete may achieve.

Why, you may ask?

Because we glorify athletes to the point where we call them heroes and because we’re constantly praising them for playing a kids game.

Everyone pays attention to what a high school student athlete is doing during games and as they move throughout the high school campus on a daily basis. No one is paying attention to the average student who is working just as hard to achieve some level of success.

Every move a student athlete makes they’re constantly being watched for doing something good or something bad that the haters hope will happen.

Because of this, student athletes are constantly walking around as though they are moving targets, having to constantly protect themselves against the haters that they know exist and the mid-level haters that they’re not real sure of.

Just because you’re a high school athlete and you’re talented and popular and you seem to have it all going on, there is always going to be a group of individuals who are waiting for that moment when you slip up.

Even if student athletes don’t make mistakes, there is still that group who will try to do something to force a student athlete into making a critical mistake.

A student athlete could be provoked into bad situations just because they play sports and the haters want to see them fail. How many times have we heard stories about a student athlete getting into trouble? Maybe it was a fight during school hours or an after school event?

Those things do not happen by accident.

There are sometimes circumstances that push a student athlete to the point of them reacting after being provoked by a jealous student.

There are hundreds of stories every year across the country where student athletes have been hurt or injured or suspended from school and even, in some unbelievable situations, killed just because they are athletes.

Sometimes we pay attention to the stories and sometimes we may think it’s just another bad ass kid who plays sports getting into trouble. I believe we need to look beyond the fact that it’s athletes and look at why trouble sometimes finds high school student athletes.