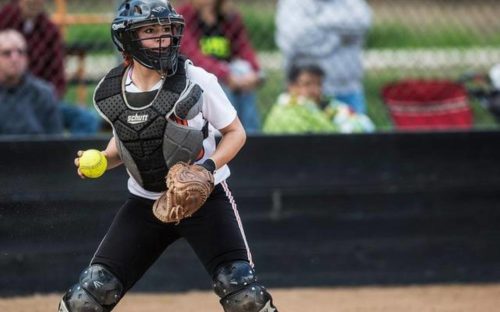 Now these days with so many message boards, websites and blogs you can get the latest news and information on just about any high school player’s games and their stats sometimes written up minute by minute in real time.

Think about this one for a minute: do stats help you get recruited for college or not?

I have seen many high school football games where it’s a blow out by half-time and the coach takes out all the starters.

One may be a quarterback or running back whose numbers may not look too overwhelming.

If it’s a quarterback and he passes for just 200 yards in the game, if he’d played until the 4th quarter he may have passed for 300 or maybe 400 yards in that game.

When you read about that game in the Sunday paper, that team won but that quarterback only passed for 200 yards some would think he had just an average game and others may think that he’s not as good as some other player across town.

Did this quarterback’s stats really tell the full story or can these numbers be somewhat misleading?  You be the judge.

What about the basketball player who, just like in football, does not play the whole game and their numbers are down but with more playing time could have a 20 point or higher game average.

I have seen high school basketball players who average 30 points per game in high school and when their stats are published in the newspaper you would think that this player can really play ball and that they are on their way to a major college program.

Big numbers really catches everyone’s attention because if you didn’t see the game that’s all you would have to go on, right?

There are factors involved that the average person or fan of high school sports may not truly understand. What kind of competition are they playing against?

What is the talent level of the other players? Often, the numbers don’t tell the story and should not always be used to make it seem like one player is better than another player.

The numbers or stats, if you will, cannot really tell if that player can play at a high level college program.

Here’s something that will not make since to you at all about stats and recruiting.

Most of the time recruiting is done by mailing or emailing information to college coaches about players.

And most college recruiters will see the numbers.

That is one way to get the college coaches attention.

If a player was rushing for 250 yards per game or scoring 30 points per game coaches would take notice right away because the numbers have gotten their attention.

The numbers cannot always be used in getting a player recruited for college or trying to get a college coach’s interest.

In my many years as a college recruiter I try to tell the story about that player’s story; about what he or she is capable of as an athlete not the numbers.

The thing is that college coaches want to see more of than numbers and stats is ability and skill and heart and passion for the sport. Can they really play?

Many times the real followers of high school sports will know that it’s about that player’s talent level, can they play at the college level and are they any good?

Many high school players with big numbers sometimes get more hype because of message boards, websites and blogs, the sports page and T.V.–because they have great numbers.

They make for better sports news.

The player who only gets 100 yards passing or 15 points in a basketball game will not be mentioned anywhere. My point here is seeing is better than reading the numbers.

Many years ago there were two brothers who played on a good high school basketball team coached by their father.

These players were very good. Both were about 6’5 maybe 6’6 and they played at a school just outside of Cleveland, Ohio.

Every day I would read the paper and see their stats which read like 30 points, 20 rebounds and other items as well each week. The numbers were very good and sometimes good and often better than the week before.

Back in those days I use to attend a lot of ballgames to scout players for my business. It was a great way for me to meet players and their parents.

I would go and see these guys play and they seemed to be very good and I, as a college recruiter, wanted to see what was really going on.

They were that good!

When I got to the game these two brothers, coached by their father, really had game! But the points they scored were true; they got those points if it was 30 points or the other brother got 40 points, those numbers were real.

But when I read the sports page the next day the other stats were not so real; 20 rebounds or 15 assists and I said to myself- I know they did get those other numbers but if I hadn’t seen the game  with my own eyes, I would be lead to believe that they didn’t it all.

Come to find out, there were deeper issues with this family and the father who was their coach.

The family acted as though they were free agents in pro sports moving from school to school, team to team. Their reason for doing this was to create buzz about themselves only.

These very good high school basketball players did not need to embellish their stats. They were looking for major college programs to come and see them play.

That was their only goal.

These two did end up at mid-major basketball programs and really went no further than that.

They both had just typical college careers, nothing more. Stats mean something but they’re not always the true test of a player’s ability.

When it comes to recruiting, it’s about size and speed and what players can really do out there in the games against other good high school athletes.

College coaches will recruit with their eyes and try to use good common since and not only see the numbers.

Many times, parents will put pressure on high school coaches to play their kid more or play them the entire game just to get their numbers higher.

Most high school coaches want to win the game but also give the other players a chance to play as well.

The difficulty with stats is when it comes to being recruited, what should you use to measure one’s playing ability?

Or what about the football player who gets 150 yards rushing per game and some other player gets 250. Who’s really better?

With stats, it’s a hard thing to measure one player over another or even use in recruiting. Think about the players who may not get as much playing time but are very talented or the players who are in the dog house with the coach and get no playing time.

Just remember: stats are not everything when it comes to who’s better, who’s not, who can play in college or even the level of college.

Just look at the player. Can he or she really play?