Maybe I’m right or maybe I’m wrong, but you do not have to come from an affluent background to have an advantage in the college recruiting process.

There are some people out there who may not be holding big dollars in the bank or who believe that the rich kids have the upper hand in recruiting giving them an advantage over all other student athletes.

Money may help you to afford, let’s say, a personal trainer or to have a Hollywood-produced DVD that can be mailed to one hundred college programs in one day.

Money may allow a student athlete to travel to more unofficial visits or have perfectly crafted type-written letters mailed to a large number of college coaches on a consistent basis. 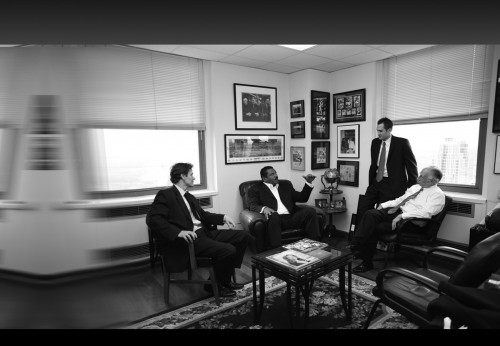 Yes, there is a slight benefit if you have money when it comes to recruiting but, in my opinion, it still comes down to you having the talent.

I have personally competed against student athletes who came from affluent backgrounds and who did not have to struggle for too much of anything. From what I experienced at that time, many of those athletes did not have the desire or the passion to succeed athletically.

I believe the reason was they had the finances to back them up whether they succeeded or failed athletically.

Other student athletes, who are not so lucky to be born with a silver spoon in their mouth, had to work extremely hard every single day just to have the opportunity to even be considered for scholarships.

The rich kid from the suburbs already knew that they were going to go the college whether it was on athletic scholarship or not; they were born knowing that a college education was automatically in their future.

Those athletes have to give everything they’ve got each single day to improve and to gain the attention of college coaches.

I don’t think the same can be said for student athletes who come from upper middle class or affluent backgrounds, their futures and education has already been decided long before they started participating in athletics.

The college recruiting process is for the student athlete who can compete at the college level. Money has nothing to do with it.