Recruiting Is A Trap 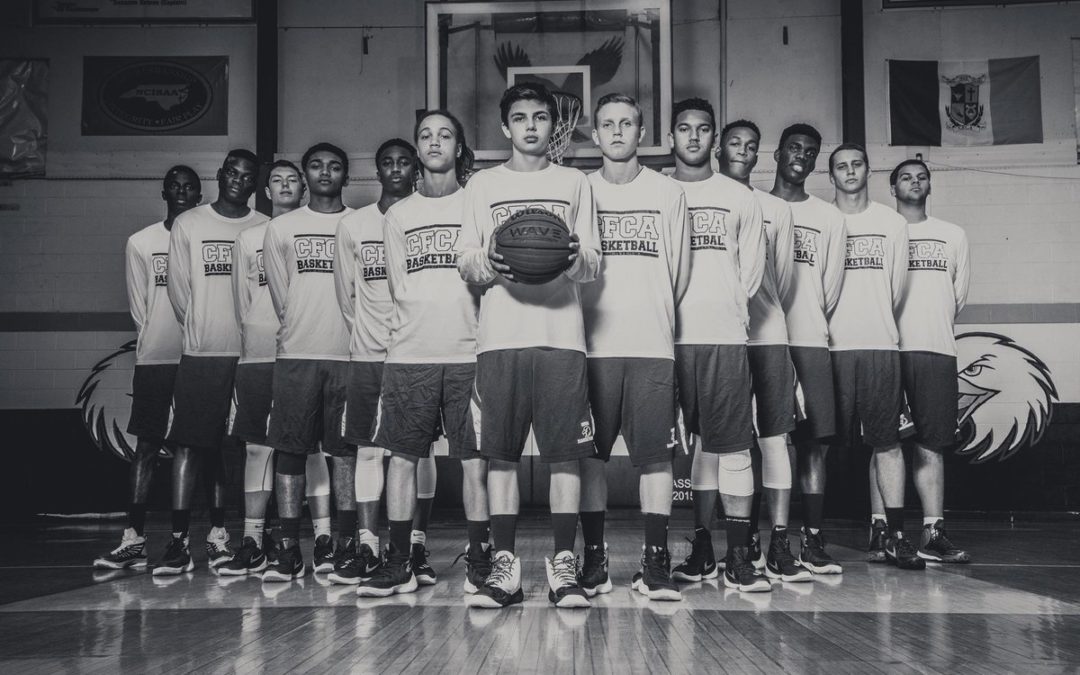 Recruiting Is A Trap

The focus should be to maintain superior grades and athletic ability. The recruiting process is a trap.

Sometimes student-athletes and their parents are led to believe they are better than what they are.

They are tricked into believing they should put all their eggs in one basket when it comes to Division I athletic programs.

My thoughts are this: If you are a top-ranked student-athlete in your sport then yes, by all means, you can probably play at the Division I level.

There’s nothing wrong with dreaming big and wanting the best, but remember the recruiting process is a trap. 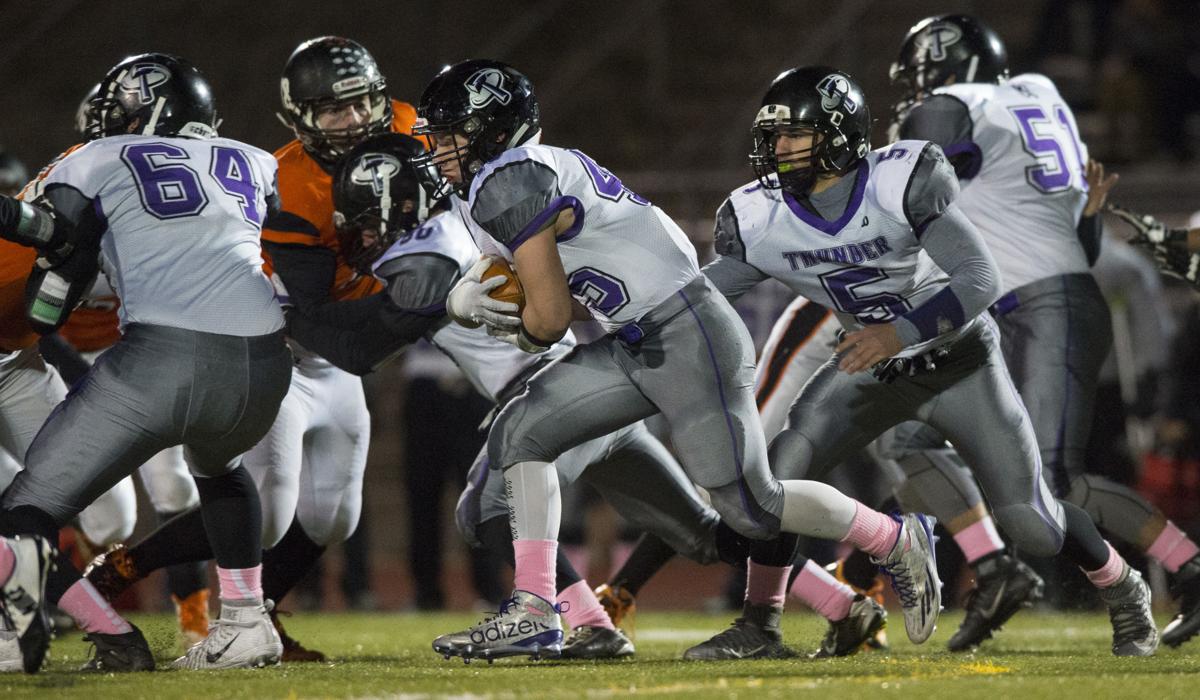 Their names are not recognized. Their coaches are invisible. The schools have very little or no recognition. They’re unappealing, in some respects, to the naked eye.

Nobody wants to go to a college program that’s not on TV, has never been heard of, and the coaches have no time in the spotlight. Division II, Division III, and NAIA athletic programs are not appealing.

This is why I believe many student-athletes are not interested in the lower-level college programs. When you go to college you’re there to get an education, you’re there to earn a college degree. I can guarantee you one thing: that when you receive your college degree it will not say what division you played at.

Recruiting is a trap. Student-athletes are going into the recruiting process blind with no plan. They don’t know what they’re doing. They’re just sitting back and waiting for recruiting to come to them. Those student-athletes who are not ranked are already in trouble.

The recruiting process is a huge trap. There are going to be the forgotten ones at the end of the recruiting process. Those student-athletes who were good, who have very good grades, are good citizens, went to all the camps, and they did everything the right way but, yet and still, they ended up not going to college. 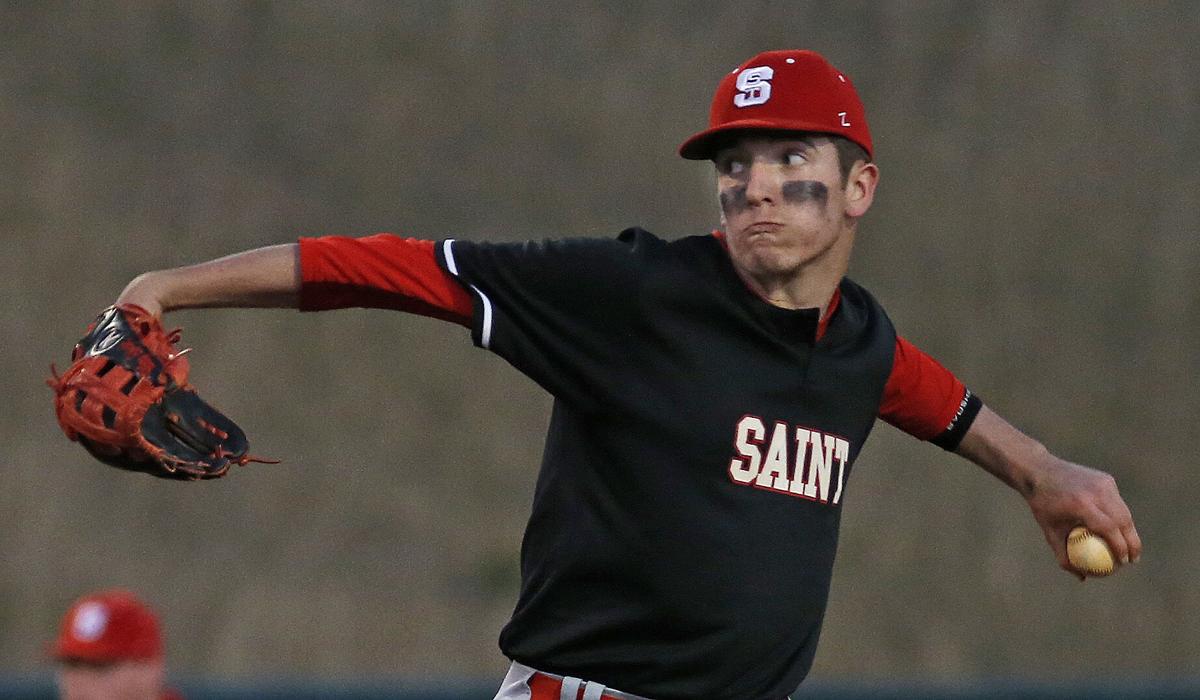 The recruiting process is a trap.

Your parents are spending thousands of dollars every year to send you to camp. A camp where college coaches are in attendance. At tournaments, also.

You continue to spend big money every year. What are you getting actually?

Did you get a letter from a college coach?

Did you receive a phone call from a college coach?

Did you get a text message or email from a college coach?

The recruiting process is a trap because you’re going to camps, you’re playing in tournaments, and at the end of all of that money you spent, you got nothing. 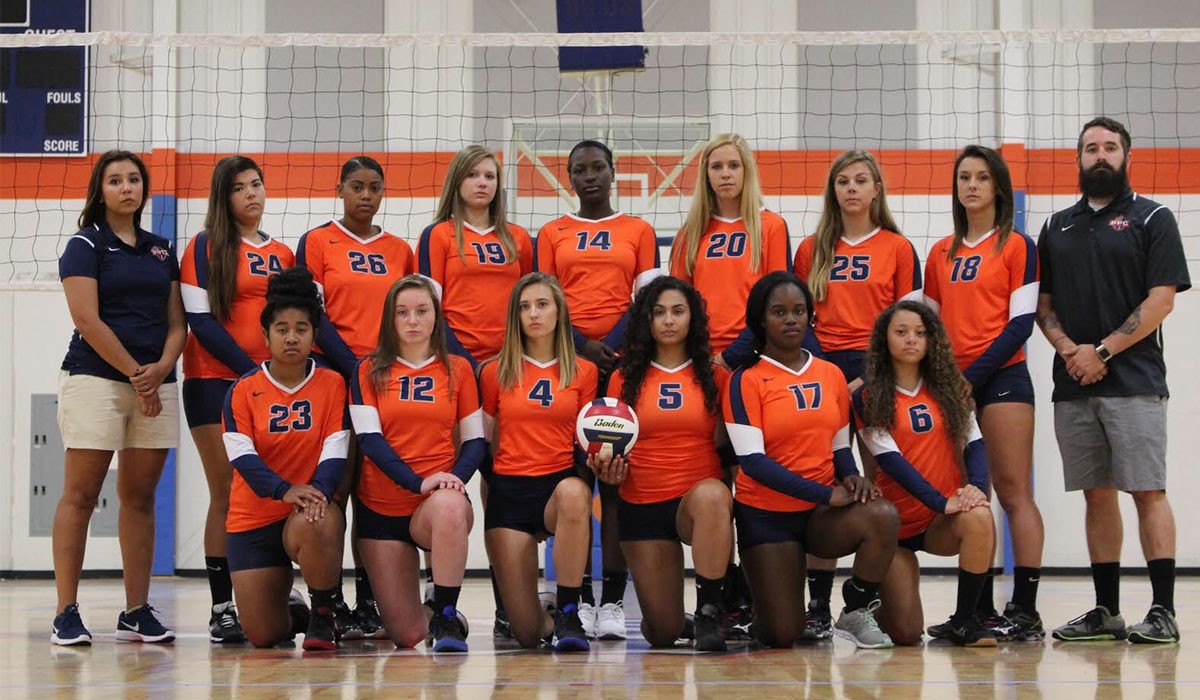 The Solution To The Trap.

It’s critical for student-athletes to get their name out to college coaches themselves.  Once you have figured out that you have incredible talent and the ability to play at the college level, develop a strategy to get your name into the hands of as many college programs as possible.

Always have video. Invest in a good video camera. Your parents could record your games, your workouts, your practices, all the tournaments and camps you’re attending.

Video is going to help break the gap of your not being ranked. Rankings suck and, in my opinion, means very little.

Did you know there are student–athletes who are ranked who will probably end up at the Division I level and within a year or two their names will be completely forgotten?

Don’t put all your eggs in one basket when it comes to recruiting because it’s a trap.

Continue to expand your list of Division I, D II, D III, and NAIA college programs.

The reason I say focus on all of these divisions is because you never know where the scholarship is going to come from. You want to go where you’re going to be given a real opportunity to play and to compete for a starting position.

The trap of the college recruiting process is real. There are huge numbers of student-athletes chasing the dream of college.

Sometimes the high school or club coach is only in it for the glory and not the student-athlete.

You also have a large segment of high school and club coaches who refuse to be involved with recruiting.  Their lack of involvement is hurting the student-athletes. 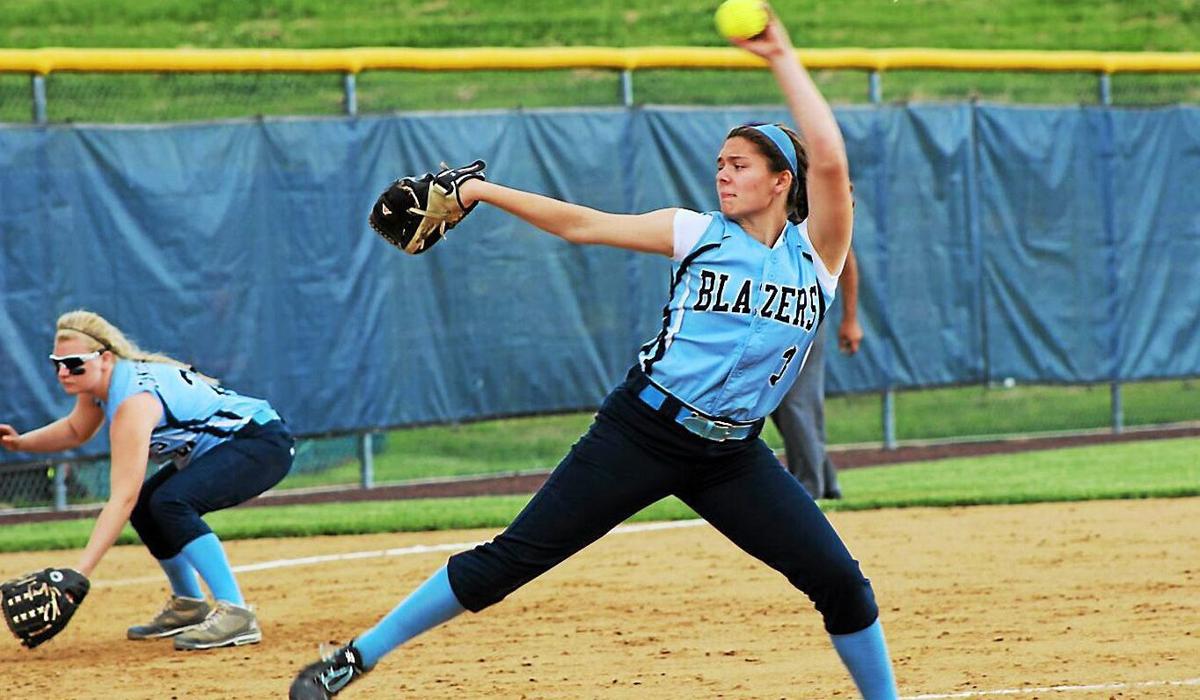 The recruiting process is a trap.

Sometimes the recruiting process is ego-driven. You have these club coaches who are pushing these kids to college coaches and their programs.

They’re trying to do a favor for a college coach. The club coach with his ego is expecting something in return if he pushes enough kids to that college program.

There are student athletes and parents who are being misled and are told unrealistic stories about recruiting that they may never achieve.

The student-athlete is told he’s a major college talent.

The parent is told if you go to these camps you will get the exposure.

While all of this is going on opportunities at other college programs are disappearing day by day.

Spread across the shattered landscape of recruiting are the shattered dreams, hopes, and desires of the recruiting process that are being smashed and crushed daily by coaches, tournament organizers, and those knuckleheads who know nothing about recruiting and are destroying the lives of student-athletes.

Recruiting is a trap, it always has been and always will be.

Parents are investing money into the process with no real guarantees.

The falsehood of the Unsigned Senior event is another trap. Four to six years is the lifespan of the recruiting process for many student-athletes. If it’s not going to happen in that time frame, then more than likely it will never happen.

Now, an organizer is putting together the Unsigned Senior event and on this one particular weekend this event is going to replace hundreds of weekends of missed recruiting opportunities.

Now all your college recruiting problems will be solved at this event, which is not free. If you believe in this event, I would like to sell you my ownership rights in the Brooklyn Bridge! 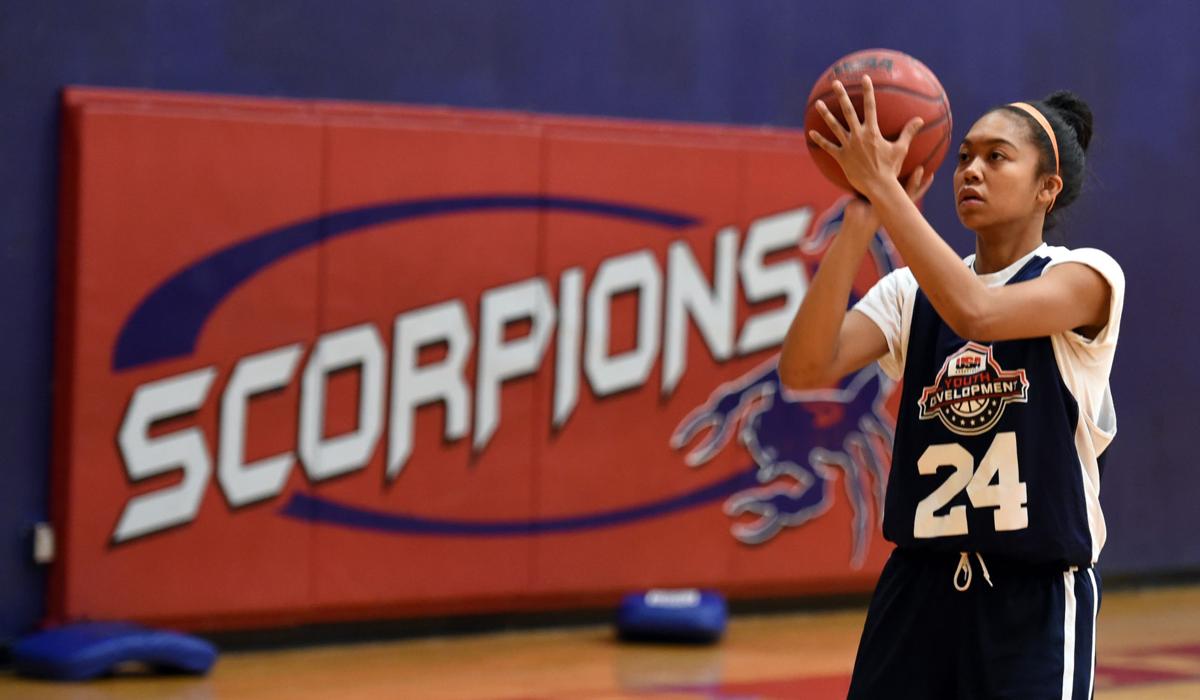 Recruiting is a trap.

I have seen promising high school talent never reach their full potential of going to college. These student-athletes were misled throughout the entire college recruiting process.

Believe it or not some student-athletes are told to not take the standardized test.

Some student-athletes believe they did not have to maintain their grades to be eligible for college.

Misguided student-athletes believed their athletic ability meant more than criminal behavior and it would be overlooked because they could play a sport.

Of course there is the positive side of the recruiting process. A student-athlete has the talent, the grades, all the intangibles needed to get exposure.

College coaches watches the player on video or in person at a camp or tournament. The college coach likes what he sees.

The student-athlete is receiving letters from many different college programs.

The student-athlete has finally come to a decision and on national letter-of-intent day, they make the decision known to the world.

They have decided on a college program. They have picked the school. Everything in the world is great and everyone is happy. It’s time for the next chapter in life. They’re off the college.

That is the ideal college recruiting scenario. Obviously, if you are a high-school student–athlete this is exactly how you want recruiting to play out.

If you’re the parent you’re extremely excited for your son or daughter. The high school coach can breathe a sigh of relief because he/she helped maybe, maybe not get one of his/her student-athletes recruited. 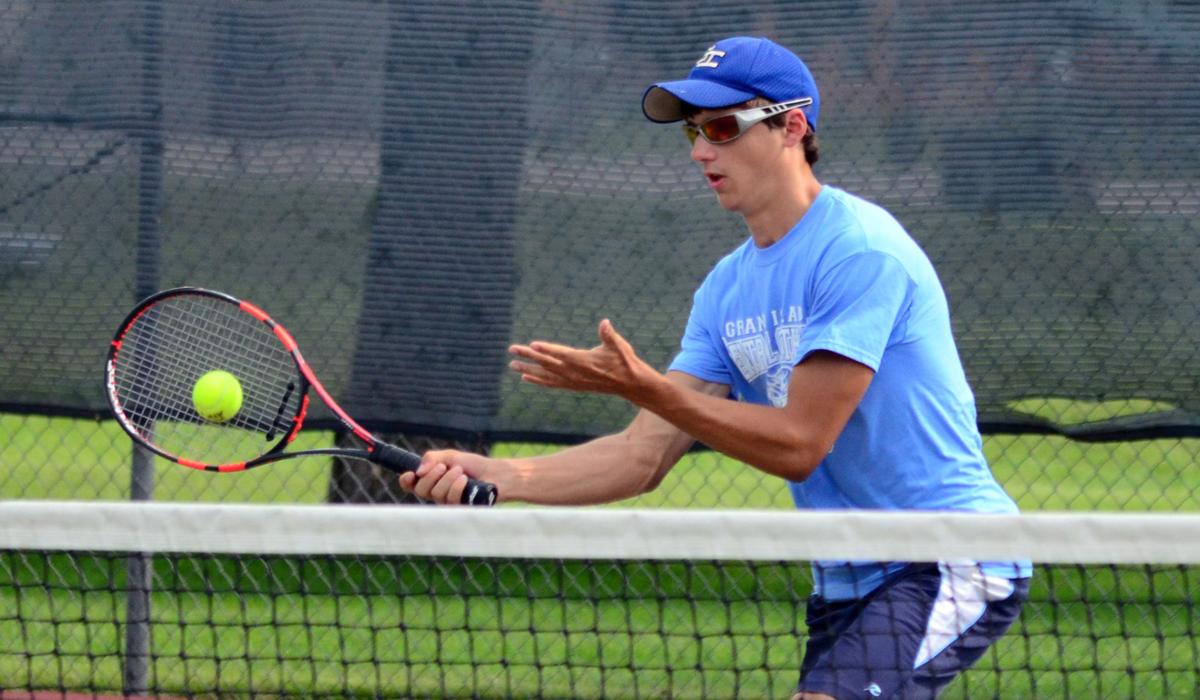 Recruiting is a trap.

We spent a great deal talking about how the recruiting process is a trap and a lot of the negative aspects of recruiting. It’s a dirty business. It’s a kill-or-be-killed scenario in recruiting on the major college level.

All of the major college coaches and programs are recruiting the best players. The student-athletes are pawns in a chess match of recruiting.

The college coaches are being paid millions of dollars. The pressure is enormous. They have to recruit the best players to win the games. If they fall short then they’re going to end up broadcasting games on ESPN as opposed to coaching.

You may think you’re a Division I caliber player. You may think you could play at the highest level. As a student-athlete you have to be absolutely sure. The one thing you don’t want to do is spend all your time chasing Division I when they’re not going to chase you back! 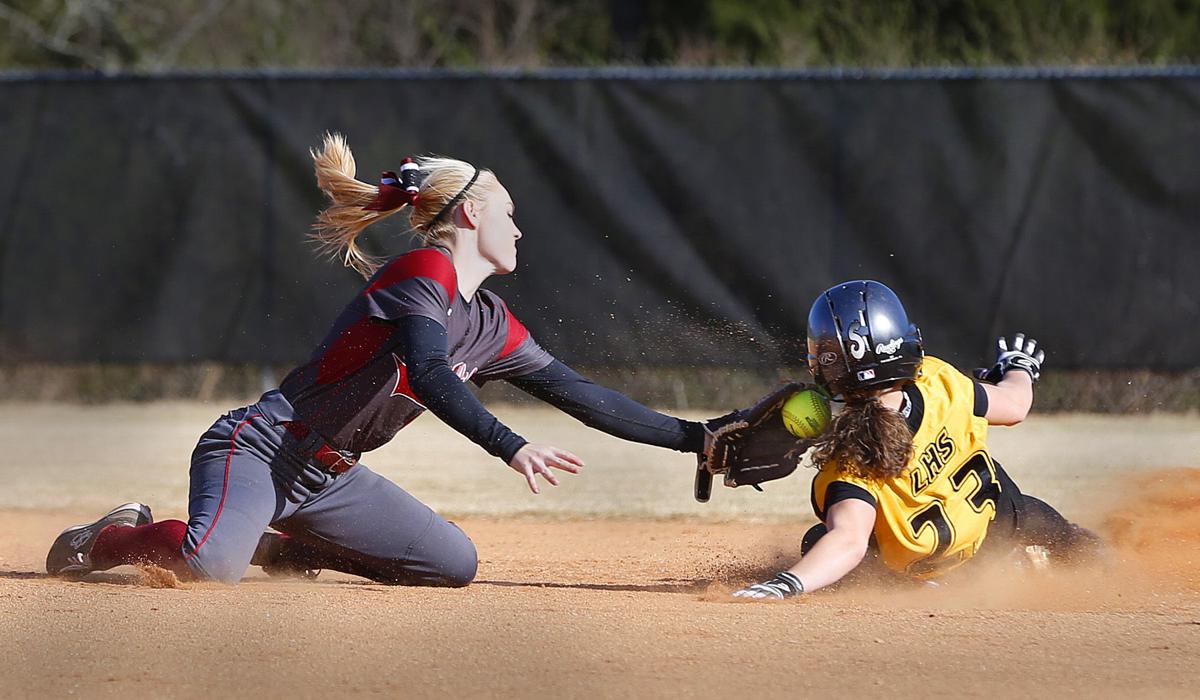 Make no mistake about it, and there is no doubt about it, recruiting is a trap. Student-athletes who are privileged enough to pick the college program they wish to play for are the exception to the trap.

The millions of other student athletes from all high school sports have to shell out big bucks just for the privilege of being seen by college coaches.

Their parents are spending thousands of dollars every year to attend camps, play in tournaments, joining club teams, video, paying for the standardized tests, and registration fees with the NCAA Clearinghouse. Recruiting can be very expensive and obviously the reward is a full athletic scholarship so I guess it’s worth it.

Everybody wants to go to college to play their sport and get an education. It’s worth it.