Many parents cannot stay silent throughout the college recruiting process. 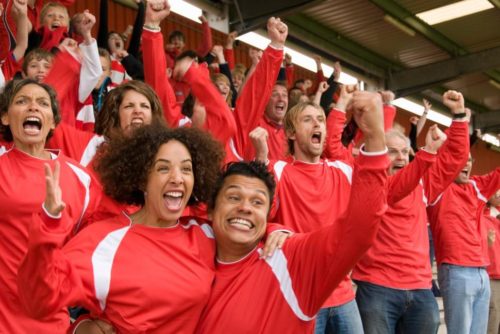 Many parents are consistently frustrated with the lack of progress or information throughout the recruiting process.

For the most part , recruiting makes absolutely no sense to the average parent.

As time passes throughout the long and detailed recruiting process, parents become frustrated, which can turn into anger, which can then turn into selfish actions.

It is the student athlete who is being recruited for college, not the parents. The parent should play a role in the recruiting process, however, in my opinion, the role should be that of a silent partner.

There is an unwritten rule among college coaches where they would rather not deal with parents of student athletes at all. On the surface, college coaches will act like they are interested in the parent’s thoughts and opinions, but really, they could care less.

There is no statistical data on the interaction between parents and college coaches.

There may be a slight exception to the rule, but behind the scenes where no one is watching or listening, college coaches just don’t want to deal with parents.

Parents why is this the case?

In the parent’s rare conversations with college coaches, the parents will often be very aggressive and pushy when it comes to the description of their son or daughter.

Parents, in their eagerness to get their child’s name out to college programs, will often overload college coaches with too much unnecessary information.

Much of the time it is the parents who initiate phone calls to college programs or bombard college coaches with too many emails.

It is the student athlete that the college coaches would rather hear from. Sometimes in the laziness of student athletes, parents will take it upon themselves to develop an entire college recruiting strategy.

I think it is necessary for parents to take that aggressive approach in developing a plan to network with college coaches.

Throughout recruiting, parents should be seen and not heard. Parents should act in an administrative role where they are consistently working behind the scenes while making it appear as if the student athlete is actually doing all the work.

This is not a situation of who gets credit for doing what when it comes to recruiting, networking or getting one’s name out to college programs.

Who cares? This is not about taking credit. Parents need to realize that it’s all about the student athlete and giving them the full support they need to gain the attention of college programs.