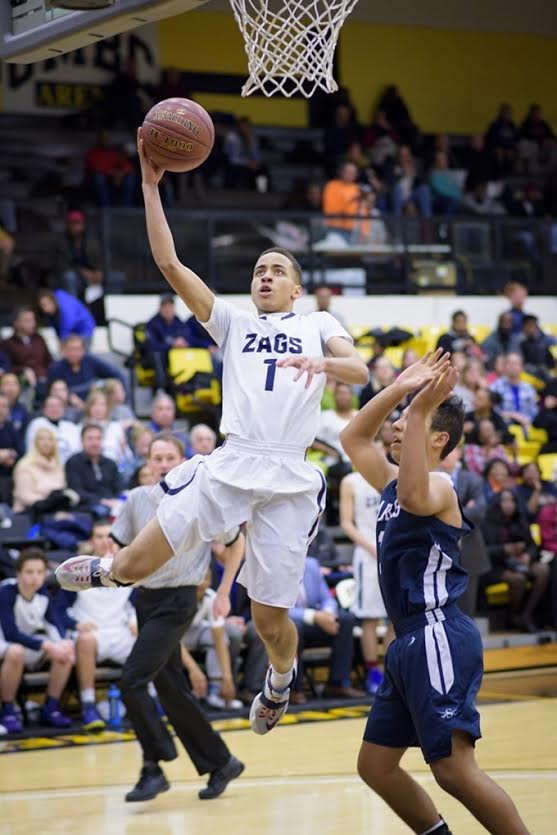 Jelani Reid is a slashing, explosive, junior combo guard whose offensive and defensive skills are evident to those who’ve had the opportunity to watch him play. An offensive dynamo he had an over 25 point average in conference and 20 point average overall during this season. This culminated in a 37 point game, 13 points in 1 minute and 30 seconds, to close out a game with the 2nd place conference team.

While leading his team in assist. He’s also a highly competitive and competent ‘floor general.’ He also led his junior varsity team, in the ninth grade, and varsity team to conference championships games, in 11th grade. He performed at that level in the same manner that took him and his team to the games.

Jelani’s work ethic is evident in his high percentage in 3 point shooting, his skill with the ball that’s frequently allowed him to ‘blow’ by defenders and reach the rim–wIth at times rim shaking dunks.

Also, when called upon he is also a highly effective foul shooter at over 80 percent for the last season, and being a balanced player he’s often called to the line. (In one game he converted 10 of 12 free throws!) He’s also an highly effective defensive player expertly prowling passing lane, resulting in an average of two steals a game.

Explosive crowd-raising blocks, as the one in the conference championship where he pinned a breakaway lay-up.