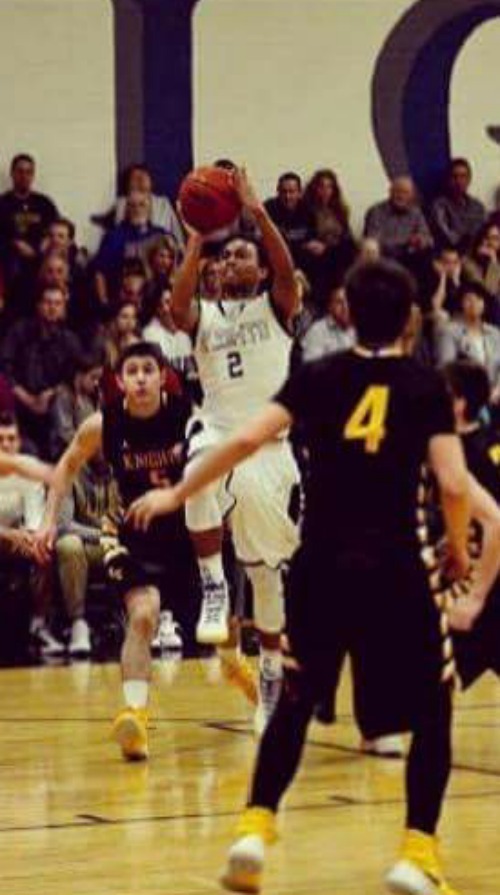 Chris Wright is a savvy point guard out of Higley High School in Gilbert, Arizona. Chris has long been one of the better guards in the state for the class of 2017. A three-year varsity starter, Chris is a true floor general when he is on the court. Chris possesses an extremely high basketball IQ and is a consistent player on both ends of the floor.  Chris is an excellent two-way player who is a quick learner and loves the game. He can drive and finish with either hand with contact or he can step out and knock down the deep three.

The 2017 guard was a 2nd Team All-Region performer who is a natural leader and has been voted as team captain in both his sophomore and junior seasons. Chris is very coachable and not only makes his teammates better with his play, but with his leadership as well. He is very humble and has a calm demeanor, but don’t let that fool you. Chris is ferocious on defense and his drives to the basket, yet he is always under control and rarely turns the ball over.

In 70 varsity games Chris has only 58 turnovers and an assist to turnover ratio of 3 to 1. Chris can also score the basketball with an average of 10.2 pts/game. Where he is really special is in distributing and facilitating to his teammates. Chris also is an excellent on-ball defender who will guard much bigger players out on the perimeter. In some cases, he has given up 6-8 inches and still help lead his team to victories.

Chris is a well-liked student athlete by his peers, teachers and coaches. He is an honors student in calculus and physics.  All previous coaches and teachers have nothing but good and positive comments when it comes to his character and work ethic.

To learn more about Chris Wright you can follow him on Instagram:@Chriswright_2